A DRY AND DUSTY ATV RACE WEEKEND IN WALES

Previous Next
A DRY AND DUSTY ATV RACE WEEKEND IN WALES

The CFMOTO UK supported quad racing team arrived at Tyn Twyll on Friday night in preparation for the double header race weekend, the team travelled from East to West and across the border, camping in the valleys an hour from any trace of phone signal.

The team’s rider, Harry, competes in the 4×4 Expert British Quad XC class on board his CFORCE 1000 in the Dragon Quad Racing Series.

In the 6 lap sprint race on Saturday, Harry finished 2nd in class and 6th overall. The riders are set-off in 15 second intervals, returning after each lap where they are re-seeded from fastest to slowest.  Whoever had the fastest average lap time at the end of the day won.

The CFMOTO CFORCE 1000 ran perfectly throughout the day on Saturday, the conditions were almost perfect apart from the dust on a shortened track. Harry put in a strong performance to reduce his lap time of 9:23 down to 8:51 by the last test.

Sunday’s main event was a 2.5 hour enduro race, where Harry finished an excellent 3rd in class and 8th overall. After a difficult start that saw Harry second-to-last off the line, the start of the race was extremely challenging, riding through the tricky river and dusty conditions.

Graham Guy and Harry were wheel-to-wheel, until Harry got the edge to get past him into the uphill hairpin.

Simon David got past Harry to take third place. In the second half of the lap, Harry overtook Nick Key to regain third place. Later that lap Simon had a crash and the quad rolled over him. Harry was first to the scene and lifted the quad off him, who didn’t suffer with any serious injuries thankfully.

With Simon out of the picture and Jason suffering punctures, Harry took the lead and begun extending it over the rest of the pack until the belt snapped. The belt was a new aftermarket part being tested to the limits, this failure proved that it is best to stick with the OEM belt, which has never let the quad down. Luckily Harry broke down close to the pits and was able to change the belt himself trackside to avoid being towed back or being given any penalties. Back on-board, Harry battled his way from 26th overall back up to 11th and 3rd in class, chalking up 9 laps in total. A successful weekend at round 4 & 5 of the British Quad XC Championships.

With thanks to sponsors:

Thanks to the organisers and marshalls at Dragon Quad Racing. 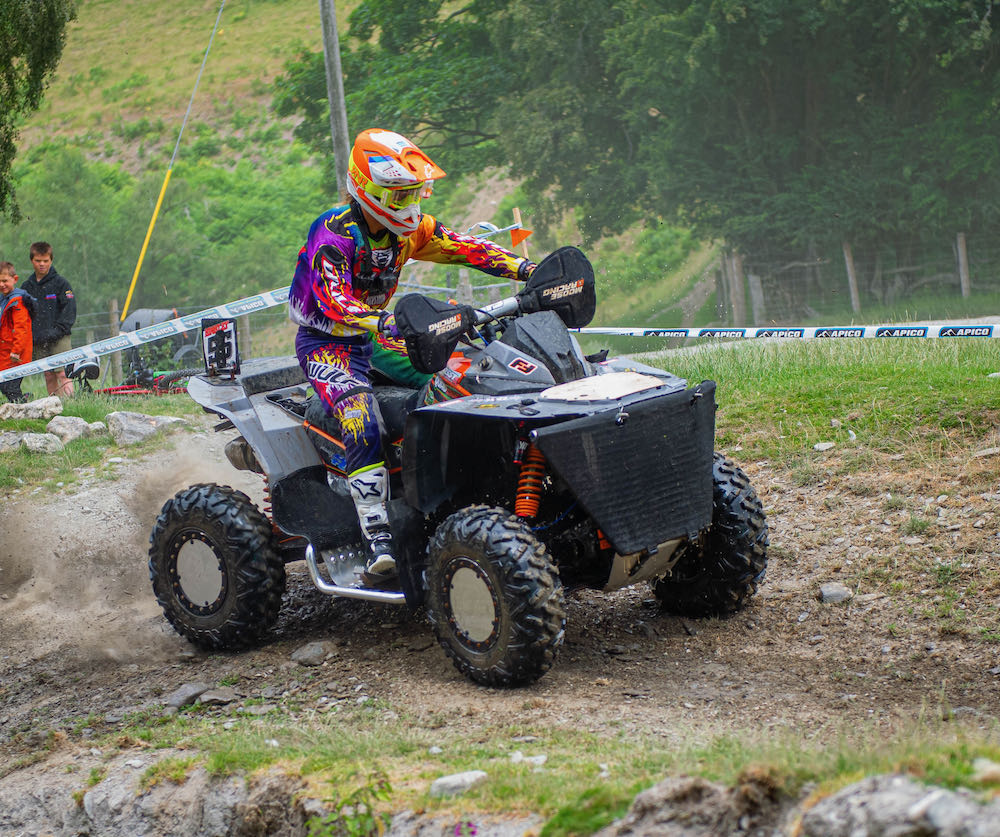 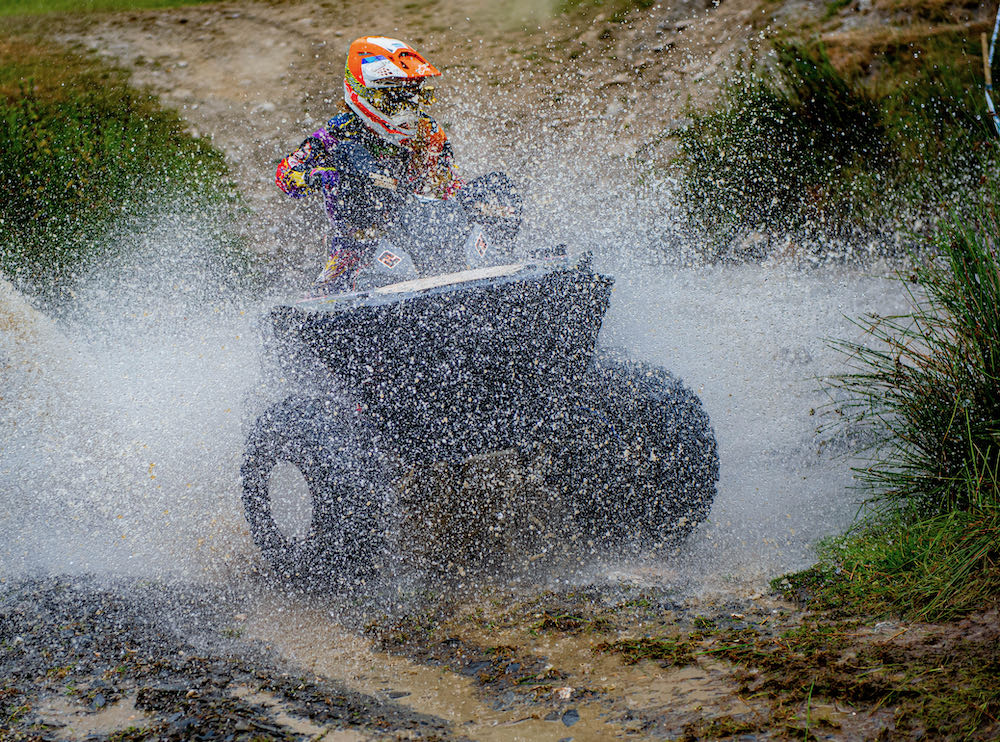 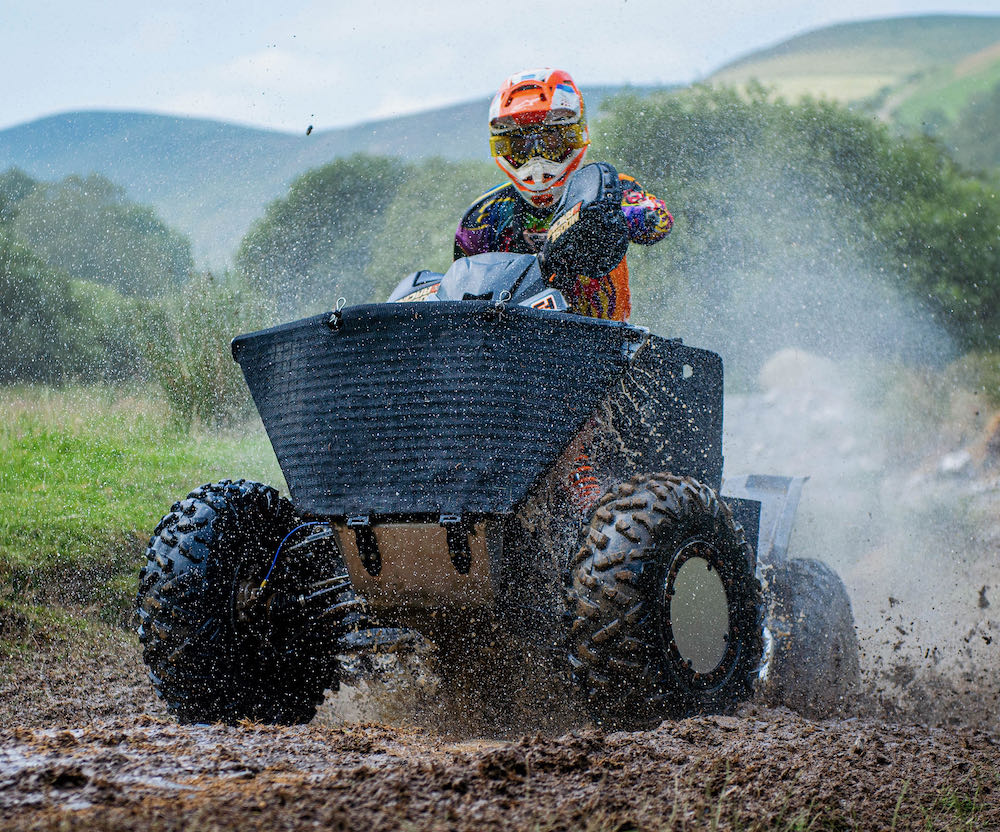 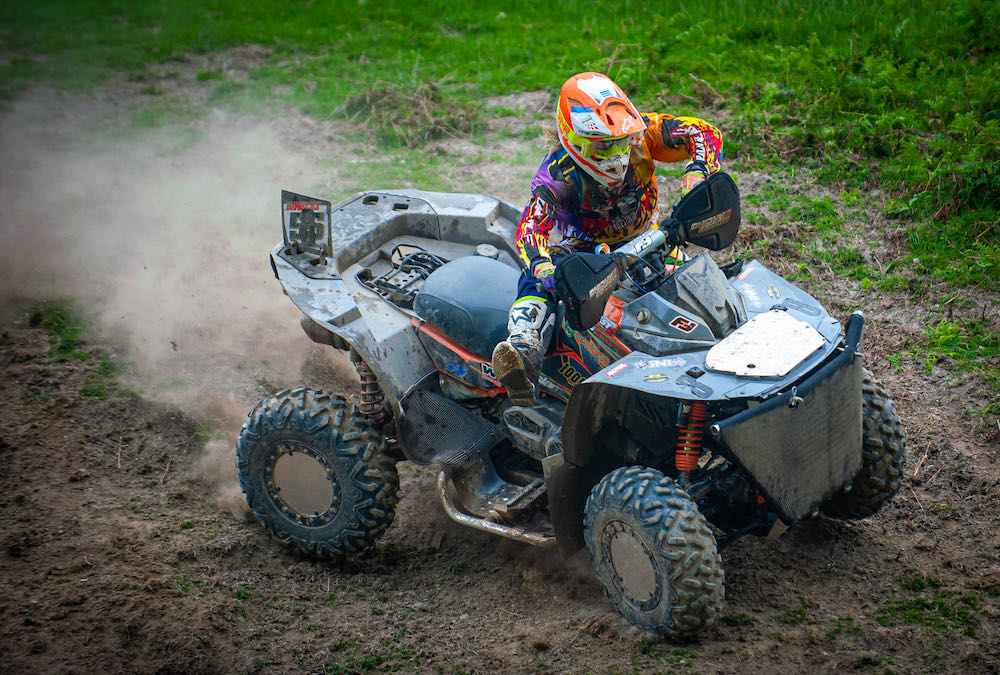 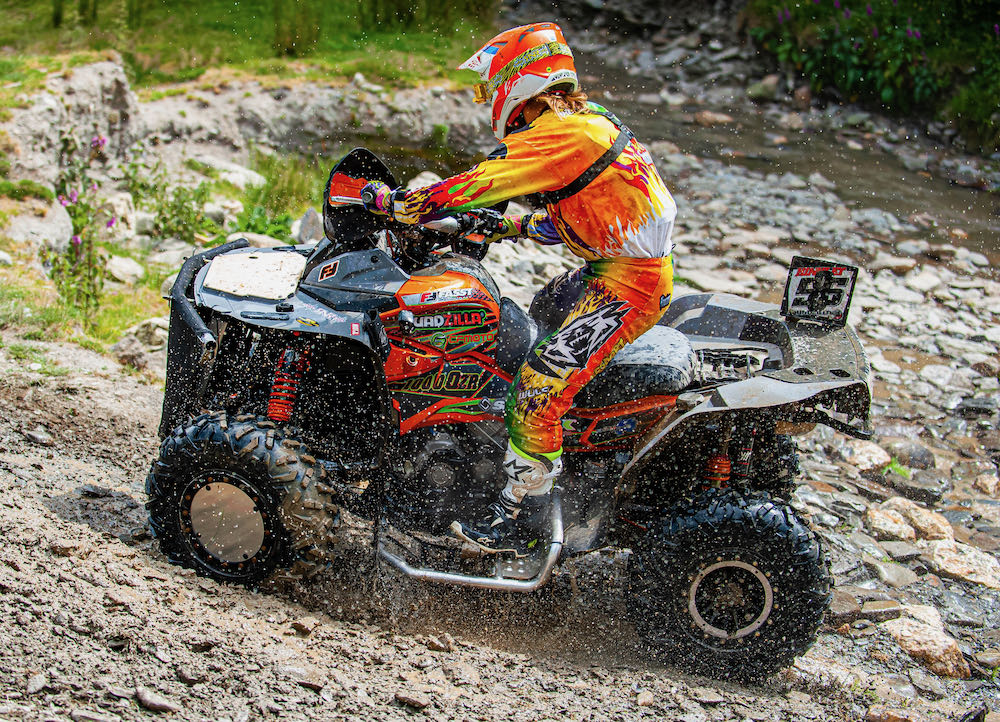 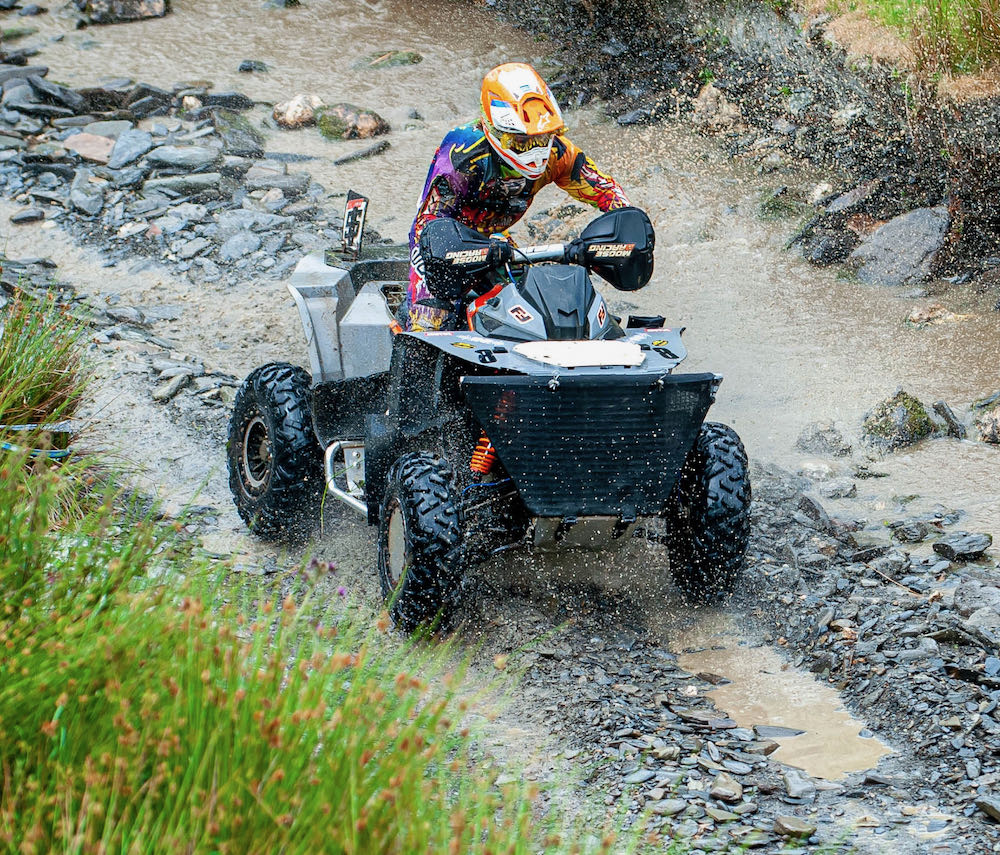 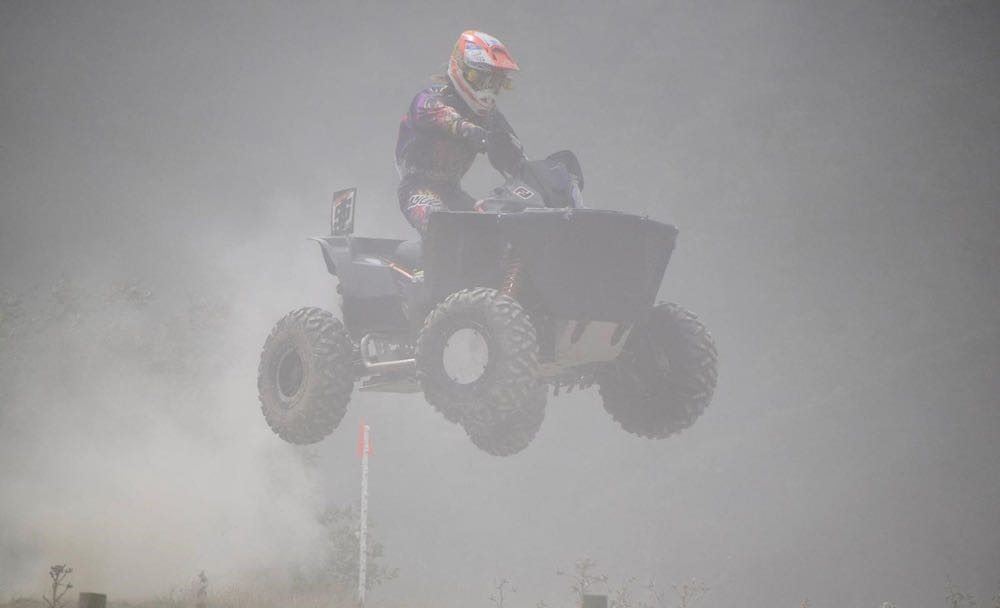